Great news! The Echotopia Insiders Program is officially open for anyone that wants to register. Learn more at the official page of Echotopia, our immersive soundscape designer application.

Post your Echotopia feature requests here. A good idea is to search or ask first the Echotopia General Discussions forum to see if the feature already exists.
Post Reply
9 posts • Page 1 of 1

I just started playing with Echotopia and I think a rotate function on the rectangle would be very useful (and to the circle too, if you can transform it non-uniformly). Maybe a "lasso" type of shape could be very effective in order to custom shapes and accuracy.
Last edited by mariosioan on 07 Jan 2022 17:31, edited 1 time in total.
Top

I can see the usefulness of rotating the rectangles but Idk if making non-uniform shapes would be all that good for making a realistic blending of the sounds. But maybe I'm misunderstanding how it works
Top

For example, a river is a more complex shape. It can run in a line horizontally/vertically, but also diagonally (so there is a need for rotation). At the image attached, there is the need for a custom shape for the river (there is the solution to put many small circles/rectangles to cover it all, but I don't know how it will work with blending and is not an optimal solution). 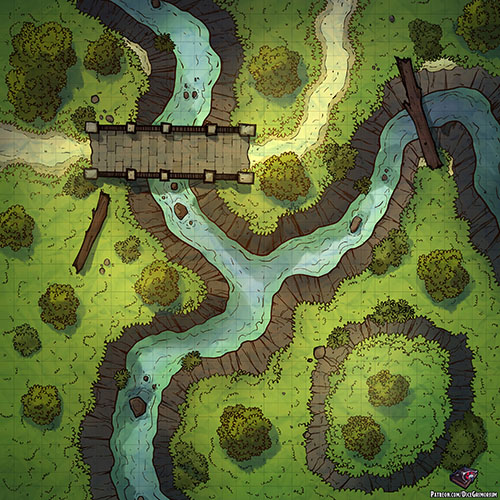 This is one of the most discussed topics in our HQ as well.

You both are right and there are many more ways to implement audio mapping in 2D.

My personal favorite is number 4 of course, the geometrical shapes, of course with more advanced functionality than they include now in the prerelease versions.
Top

You both are right and there are many more ways to implement audio mapping in 2D.

My personal favorite is number 4 of course, the geometrical shapes, of course with more advanced functionality than they include now in the prerelease versions.

For some with less experience #4 still sounds like a better option cause I"ve hated the brush tool in my map making software its just frustrating to use. the geometric shapes almost always come out better for me.
Top

The interaction between map and audio in Echotopia is more abstract than in a video game.
Most of the time, you will not need so much detail in order to use a lasso or a brush, which are more complex to use.
That's why shapes are more efficient to use in Echotopia.
We are working on how to make those shapes more flexible and advanced.
Top

Manolis Benetos wrote: ↑06 Jan 2022 12:32 The interaction between map and audio in Echotopia is more abstract than in a video game.

Even in video games in the level editing applications, most of the time there is no need for more than simple geometry.

If you think of it, after applying a mesh to be the trigger for sounds in a game, the mesh has to be simplified in the most basic geometric shape to be optimized for the collision detection (physics engine) to work efficiently in real-time without the system.

It's also super efficient for the world builders to work like that.

For me, brushes are kind of a fast solution with unnecessary detail in many cases.

For example, if we want a more organic shape we can use shapes with modifiers like random or fractal, or shape morphing to achieve in-between shapes.

There is also another technique which is something that might be perfect for Echotopia, shape groups with shared content and detection behavior.

All those are brewing right now into our thinking caps...
Top

Grouping shapes to make the blending smoothly (as described in 4th solution) would be great in many cases.
Top

mariosioan wrote: ↑07 Jan 2022 17:30 Grouping shapes to make the blending smoothly (as described in 4th solution) would be great in many cases.

Maybe a good idea would be for a free-coupling architecture both in the data model and the behavior/logic.

That means that two different parts, one being the area or group of areas and the other being the content that will be emitted/activated, to be united in one entity that will guide the way Echotopia understands and calculates sound propagation and the acoustics that are received by the Explorer object.

As a user experience, the designer would group a bunch of geometric shapes together and define the same content for all of them.

The nice part about this architectural approach is that when you move the Explorer between shapes that belong to the same group there will be no switching of emissions from those shapes, which is a more optimized approach and also provides the smoothest experience possible.

Of course, this has to be tested under the microscope of Manolis Benetos our software engineer because right now the discussion is theoretical.

Something that is not yet ready but will be soon enough, is the ability for the designer to define some areas as special areas for a scene. We are kicking the ball around the lab with this for some weeks now.

The idea is to provide two areas that will not be actual areas on the scene but global scene areas, the one will play when there is no other area present, and the other will play always, even together with other areas present. Those areas will have no main or fade zones and they will be assigned to the whole scene. That way, in maps with a dominant sound you will be able to cover them without even drawing shapes, i.e. a dungeon. This makes it even easier to cover the complete scene with sound without the need to draw shapes to follow any map feature. An extension of this though would be to have three special/global scene areas in each scene: One that plays only where there are no areas, one everywhere but it doesn't get affected by the occlusion simulation, and finally, one everywhere that gets affected by the occlusion simulation. The last two would give the designer the ability to better define what is indoors and what is outdoors in a complex acoustic environment with many layers of overlapping areas.

We will have some of the preliminary architecture in place in about 6-7 weeks, probably implement the extra global scene areas first, because they are a big time-saver (and also provide better realism, because now it's easier to leave empty areas in the map), and then see how we will proceed with the shapes as they depend on all the architectural features I describe above.

We will release a public roadmap soon, but for the Insiders, we can say that Echotopia is planned to be out by the end of this quarter.
Top
Post Reply
9 posts • Page 1 of 1

Jump to
Powered by phpBB™ • Design by PlanetStyles